I believe I have tried almost everything available to treat narcolepsy. I have a strong desire to feel better. Like many people with narcolepsy, I am not lazy. I am actually overly ambitious and often do more than my body can handle and later face the consequences. I think I have worked pretty hard to feel as good as I feel now, but I always desire to feel better. 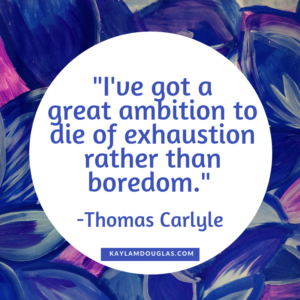 I spent years trying out different stimulant cocktails to stay awake, often accompanied by something to help me sleep at night and something else for the horrible headaches caused by the stimulants.

I went through college without visiting doctors, medicated only with caffeine and carefully conducted naps all over campus.  Accepting narcolepsy wasn’t an option. I wanted to push past it. 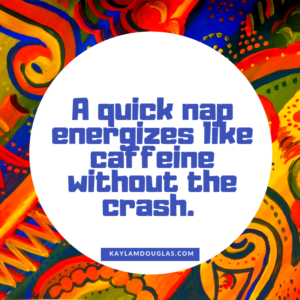 I worked an 8 to 5 desk job to get good health insurance and went to a doctor who prescribed a life-changing drug. In exchange, I had to give up my social life, and although I got thinner than I’ve ever been, I always felt nauseous and food was repulsive at times. Far from accepting narcolepsy, I felt as if I was saved by this doctor and this medicine. I believed my life depended on them. I thought we were defeating it!

I gave up that life with a doctor and a medication that I felt had saved me, to live abroad and enjoy life. I worked less and enjoyed more. That’s where I found a diet to replace the medication.

A vegetarian for 12 years, I gave up my moral code to dive into the ketogenic diet. I began to eat bacon, chicken, and hamburgers galore. It wasn’t an easy transition, but again, I did it to feel better. 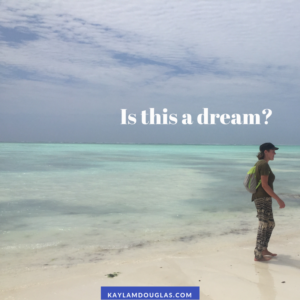 Two years into that experience, the keto wasn’t controlling my narcolepsy. I started taking a stimulant again, and I told myself it was just a temporary fix. I was dabbling in energy therapy like Reiki and EFT to find other ways to mitigate my symptoms.  No matter how good I felt, it wasn’t enough. I wasn’t accepting narcolepsy as a part of my reality and I believed I needed it to disappear.

One year later, I decided to pick up my new roots and move around some more. I had a chemical dependency by now and spent months slowly lowering my dose so I could travel without worrying about medication. I increased my use of energy therapies and learned to balance my chakras.

Now I am in Asia, a place full of eastern medicine and natural remedies. I’ve increased my meditation and started yoga.

As many people with narcolepsy, my morning coffee is spiked with collagen, MCT oil, and sometimes turmeric. I take a variety of vitamins and still follow my keto diet. But there is one treatment that I keep catching glimpses of in my quest for health that has been so elusive I can’t seem to get my hands on it.

Acceptance.  Accepting narcolepsy has always been out of reach. 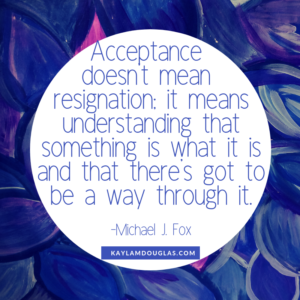 I have realized that I will do almost anything to feel better. But I won’t accept myself as I am. So this is the journey I am on now. To discover what it means to accept myself. To believe that I am not broken, and I do not need to be fixed. Just writing those words was hard, but I will come to believe them. Because I am not lazy. I will do almost anything to feel better. If that means accepting narcolepsy as a part of who I am, then I will do my best.

Who is with me?

One thought on “Accepting Narcolepsy”