Am I a digital nomad or hobo?  The label of “Digital Nomad” generally calls up images of social media influencers, relaxing on the beach, posting pictures that make everyone jealous.  While I do enjoy sharing my travel experiences, I am not quite on that level.

But am I a hobo? I am an English teacher who just happens to work online. I use that advantage to travel as much as possible. But how did I get here? Was it a choice? Which phrase fits, digital nomad or hobo? 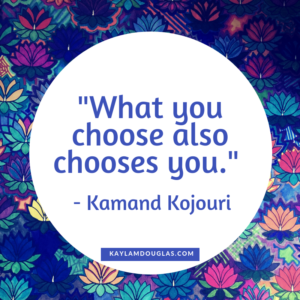 A nomad is a person who travels freely without ties holding them back. A hobo is a person who is no longer trapped in the society of capitalism and time. He/she can go to sleep whenever he/she wants to, and do anything.  Both of these sound okay with me.

When I tell the story of how I “escaped” from Indiana, the conservative place where I was supposed to grow up, I spin the tale as if it was a big brave decision to give up my belongings and fly across the world!  But, it is not really that simple. 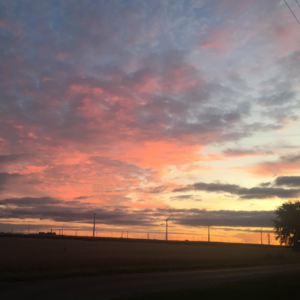 So Why Did I Leave?

I was tired; exhausted really.  I have a chronic neurological disorder that impairs the brain’s ability to regulate the sleep-wake cycle, called narcolepsy.  The traditional 40 hour work week was torture for me.  Sure, I made it work because I needed medical benefits and as a college graduate it felt important to put real work experience on my resume.  But while I was juggling my office job along with various cash jobs to cover expenses, I was losing myself. 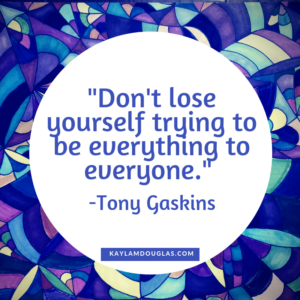 What did I do?

The first overseas trip was a 10-month commitment working 12 hours a week as a language assistant in Spanish primary schools as an Auxiliar de Conversacion.  I had no teaching experience but was assured I would never be left alone with the students, I would just be assisting.  This was the turning point for me. Before that experience, I imagined myself returning to the USA. I had my car and clothes in storage; just one foot out the door. I never expected to become a digital nomad or hobo. 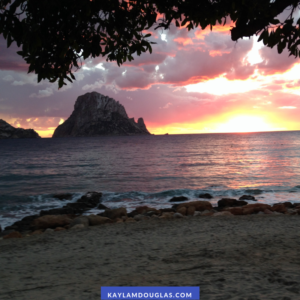 I was assigned to the island of Ibiza in the Mediterranean Sea.  So of course, I fell in love with Spain. I renewed my contract for a second year in Huelva (near Seville and Portugal), and then a third in Malaga (southern coast). All three years I was near the beach. I traveled a lot of Europe and a bit of Africa on the long and short holidays, and developed my side hustle teaching private classes in person first, and then online. 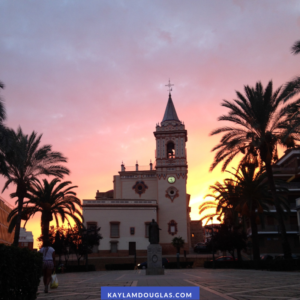 How I Changed Abroad

During those three years, I learned a lot about myself. But I also learned about how a health care system can support a person rather than drag them down. Buying medication that I could afford out of my pocket was a refreshing change. (I could do that without enrolling in assistance programs or using my credit card so I could pay it off in the future.)  I stopped checking the mail in fear, expecting bills from long forgotten appointments. My medical issues suddenly became more financially manageable. 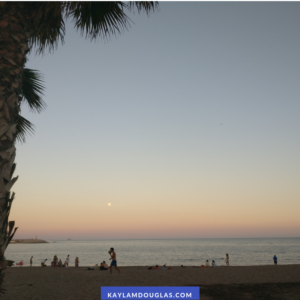 When I learned about more natural ways to reduce my symptoms, I began discovering a life that I never knew was possible.  These dietary changes were never mentioned by my American doctors in more than 11 years of regular appointments. I started using food and diet to improve my quality of life.  Buying fresh and even organic produce at a reasonable price was an option all year round. 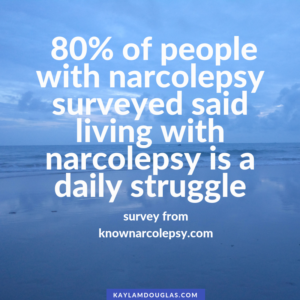 Will I Go Back?

Now I don’t like to think about returning to the United States. It is not about giving up my dream of traveling the world.  It is not the lack of beaches in Indiana or the snowy winters that I dread.

I worry about the quality of the food that I can afford. Waiting weeks to see a specialist for a routine appointment and getting a bill months later for hundreds of dollars was normal in my American life.  Working a 40 hour work week to be able to afford a mediocre lifestyle is the norm.  Full time employment would probably require me to start taking medication again. Then I would have to jump back into the medical hamster wheel, running around to feel good enough to work, and working enough to pay for the medicine that makes working possible.  And my thought is… What’s the point?

So this leads me back to the question, did I leave by choice or was I forced out by my chronic illness and my desire to live? Wyatt Edward Gates said,

“The digital hobo travels for the same reason analog hobos did: because staying put doesn’t make sense economically or psychologically; leases are a liability when work is so sporadic, and it’s easier to maintain hope when there’s always another place to go that might be better.”

What do you think? Leave a comment to let me know. 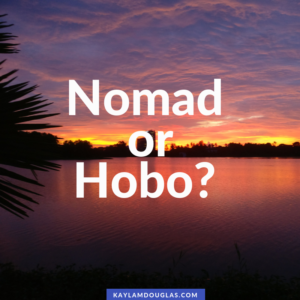 If you liked this article about being a digital nomad or hobo you may also like:

5 thoughts on “Digital Nomad or Hobo – Which label fits?”